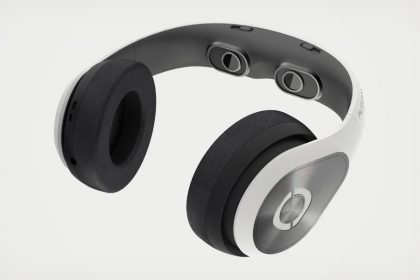 The Avegant Glyph is not a virtual reality device. I was told this over and over during my demo of the hardware. It’s a media player, designed to give you a private screen for your existing devices. It doesn’t offer an experience that engulfs you. The experience of wearing the glyph is more like sitting in a dark movie theater.

The fact that reality doesn’t disappear is a feature, not a bug. I was able to watch movie clips and play games from an iPhone while still seeing the room above and below my eye line. It was comfortable to interact with people around me, and they were able to speak with me without feeling like I was closed off.

The screen itself also stood well above what other products in this space are offering. I took my glasses off to use the Glyph and was able to see the screens perfectly after spending a moment or two adjusting the focus and the interpupillary distance. The screen presented a beautiful image, with deep colors and no noticeable pixels.

You can learn a bit more about the technology in the video above, but the important thing to know is that the Glyph offers a wonderful image. I was able to plug the hardware into a standard laptop and comfortably read even small text. The detail and clarity of the image is very striking, and there’s no proprietary software needed; if your console, laptop, phone or other device can output an image using HDMI, you can use the Glyph to view it. This makes it versatile, without requiring any extra work to view your content.

The hardware will provide around four hours of video on a single charge, and the built-in headphones handle the sound. You can even flip the device up on your head after flattening the screens and use the hardware as a standard set of headphones.

I was invited to hook my own phone up to the hardware to try any game or video file I may have brought with me, and the Glyph was able to handle everything from mobile games to Fallout 4 in my demos. The screen included in the Glyph was a delight to use, and the demos of 3D films using the headset was one of the most pleasant surprises of CES.

The price is a bit steep: Pre-orders are $599.99 until the 15th and then the price goes up to $699.99, but the Glyph is, in many ways, a remarkable product. In a show filled with me-too VR devices, the Glyph knows exactly what it wants to be, and based on my demo with the hardware, it lives up to its own promise. 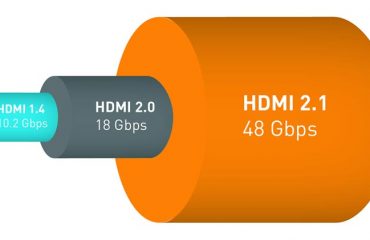 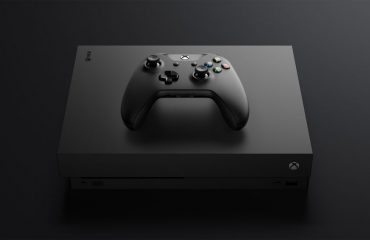 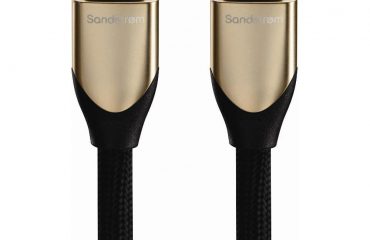 HDMI CABLES: WHICH ONE FOR ME?